SAROS Collective is an art project founded by Swiss artist and musician C. Saros / “C.S.R” in 2015, subdivided into 4 different branches:

SAROS Collective is based on the belief in spiritual freedom. Expansion is our axiom, not restriction.
SAROS Vision is a growing group of artists from different parts of the world, operating in different projects, each one highly experienced in their fields – together forming a strong & visionary collective offering a wide range of artistic possibilities.

1.9.18 – SAROS Collective will be having a sales stand at Meh Suff! Festival 18, one of Switzerland’s the biggest Extreme Metal open airs

8.5.18 – C.S.R & Maks L. will be presenting exhibition works at Coq d’Or in June, teaming up with Schammasch, Throane & Lento 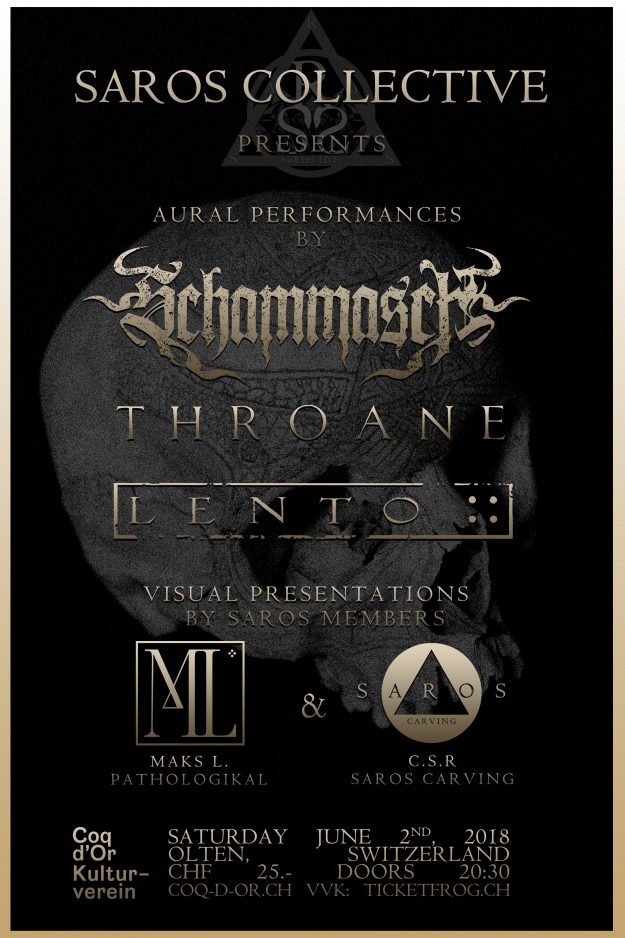 29.4.18 – We will be joining the Czar Fest again this year, this time Isabel Z. will be presenting excerpts of her fantastic illustrations.

2.2.17 – First exhibition of our carving work and clothing at the Czar fest in March announced!